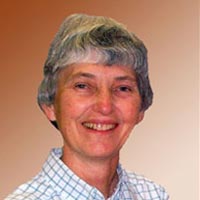 Sister Celeste, a native of Akron, Ohio, and a former member of the Akron Dominicans, she first joined the Maryknoll Sisters as an associate in 1990. This was after years of ministry as a teacher and a pastoral worker who taught music and engaged in liturgy and religious education. Sister Celeste also ministered with runaway youth at Covenant House in New York City.

In 1990, as an Associate member, Sister Celeste was assigned by Maryknoll to minister among the indigenous people in San Andrés Sajcabajá parish in the Quiche province of Guatemala. Her concern for the sick, combined with her literacy classes to help students learn basic knowledge in Spanish and other programs of education for the youth, especially young women, helped fill a definite need and raised villagers’ sense of self-esteem.

Sister Celeste also helped strengthen cross-cultural ties between the Guatemalans and four U.S. partner parishes: St. Andrew’s in Brooklyn, NY; St. Paul’s in Grand Rapids, MI; Blessed Kateri Tekakwitha in Suttons Bay, MI; and St Ann’s in Lawrenceville, NJ. All four helped to fund part of the reconstruction of the parish church, which was severely damaged by the violence and earthquake in the late 1970s. Three of the parishes helped sponsor students for their high school studies (which included some vocational training). Another U.S. parish sponsored more than 40 girls in grades one through nine at a Dominican boarding school in the neighboring town of Chichicastenango.

After many years, an education center also was built at the Guatemala parish to offer indigenous youth an opportunity to study on the pre-primary through ninth-grade level, helping them improve their lives and build a sense of self-confidence in the face of the area’s extreme poverty and the discrimination.

Youth who finished at this center had the ability to enroll at other public educational institutions. Those who received educational opportunities through scholarships given by donors were those who become the teachers at this education center.

In March 2011 with funding from the Hilton Fund for Sisters and in collaboration with the pastor and parishioners a Montessori pre-school was started on the parish grounds. This program brings a positive approach to learning in a safe environment for children who are orphans or who suffer from chronic illness, oppression or discrimination.  Since then they have added another grade each year.

In 2014 the bishop agreed to give them 20+ acres in a place called Igombe to build a school. With the generous help of our Maryknoll Mission Projects Funding the construction of the new school began in March, 2016.  In December, 2017 the school was completed and received its official name: Mercy Montessori Pre & Primary. There are now 6 classrooms, 2 office spaces, staff room, a library room, a computer room, 2 toilet blocs and a kitchen. The school officially opened in January, 2018. The current enrollment at the school is 190 students in grades 1st – 6th.  The pre-school program continues at the parish site with the name Sacred Heart Daycare Centre – Montesorri. There are currently 72 children enrolled.  In 2019 she hopes to begin a pre-school program at Mercy Montessori School in Igombe.

Sister Celeste is deeply grateful for the generosity of our benefactors. She said: “They make a profound difference for families living the ordeal of HIV/AIDS in Tanzania and others who suffer the daily hardships of life, including the struggle to get enough money together to give their family even one meal to eat.”