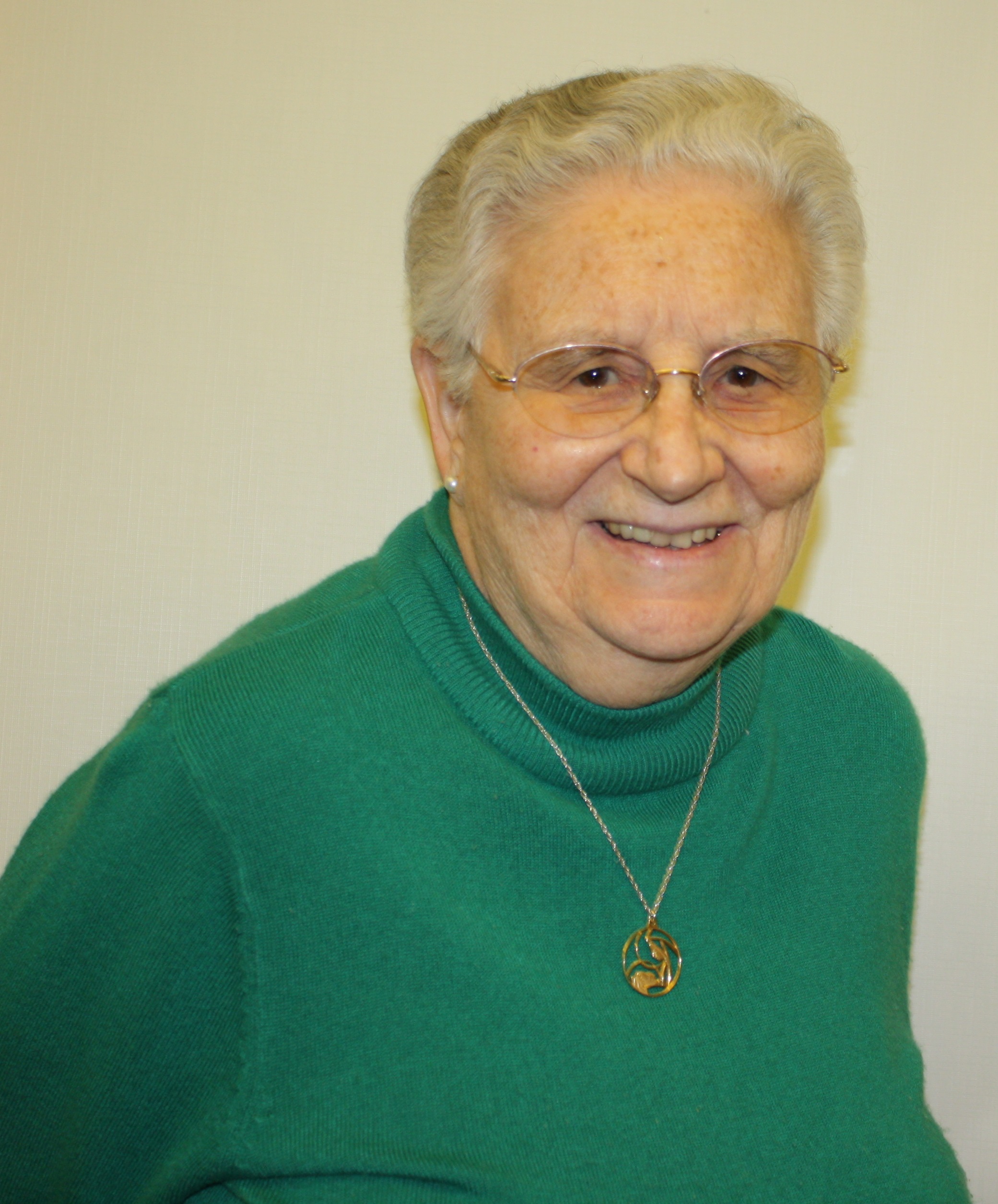 She was born on January 24th, 1928 in the Bronx, NY to Antoinette (Taverna) Mangieri and Louis Joseph Mangieri, she was baptized Theresa Barbara. She had one brother, Daniel and three sisters, Margaret, Carmela and Rosetta.  Her parents, brother, and sisters have all predeceased her.

In 1946, Theresa graduated from Walton High School in the Bronx, NY.  She attended Grace Institute in New York City for one year where she studied Accounting; while working as a clerk at the Boy Scouts of America also in New York City. She entered the Maryknoll Sisters Novitiate as a postulant at the Venard Junior Seminary at Clarke’s Summit, PA on September 6th, 1947 from St. Angela Merici Parish in the Bronx, NY.   At her Reception on March 7th, 1948 at the Maryknoll Sisters Center she received the Religious name, Sister M. John Francis.  She made her First Profession of Vows on March 7th, 1950 and her Final Vows on March 7th, 1953, both at the Maryknoll Sisters Center; during which time she served the community in various positions.

From 1953-1957, Sister Theresa studied at Maryknoll Teachers College where she earned a Bachelor of Education Degree. In 1958, she then studied Mission Theory at Fordham University in New York, NY, while teaching at St. Anthony of Padua Elementary School in the Bronx. That same year she received her first overseas mission assignment to the Philippine Islands.

From 1958-1977, Sister Theresa served in the Philippines in multiple places and positions which included: elementary school teacher, high school teacher and principal, college instructor, and consultant to a lay administrator. In 1968, she became Novice Mistress of the Maryknoll Sisters Novitiate in Quezon City until 1971. From 1971-1977, she worked in various schools in Baguio and earned a Masters Degree in Educational Psychology at St. Louis University in Baguio on March 13th, 1977.

After serving 19 years in the Philippines, Sister Theresa returned to the Maryknoll Sisters Center in New York and was Coordinator of the Sisters Renewal Program from 1978-1981.  In 1982, she was assigned to Zimbabwe, Africa where she taught in St. Albert’s High School in Mt. Darwin and worked with women: lay and Religious, until 1987.  From 1988-1997, she became Administrator of Mwana Anokosha Home, a residence for unwed mothers in Harare.

In 1997, Sister Theresa returned to the United States and was assigned to the Eastern US Region and to Hendersonville, North Carolina where she worked as a Board Member of Mainstay, an ecumenical organization of volunteers who work to help and find shelter for battered women and their children.  She also helped with Interfaith Assistance Ministry which aids the poor of Hendersonville.

A Vespers Service will be held on Tuesday, April 10, 2018 at 4:15 pm in the Chapel of the Annunciation at the Maryknoll Sisters Center, Maryknoll, NY.