Maryknoll, NY: Sister Virginia Farrell, M.M. died on April 14th, 2020 at the Maryknoll Sisters Center in Maryknoll, NY. She had been a Maryknoll Sister for 55 years and was 94 years old. Virginia was born in Paterson, NJ on August 12th, 1925 to Mildred (Pyle) Farrell and George Farrell. She had one sister, Mrs. Ruth Paules and two brothers, George and Thomas.

Virginia attended Bassick High School in Bridgeport, CT from 1939-1943. Following graduation, she attended the University of Connecticut and earned a Bachelor of Science Degree in Nursing in 1948.

From 1948-1964, she engaged in various medical positions: Instructor at University of Connecticut School of Nursing in Storrs, CT (1948-1949); Polio nursing-private duty (1949), Pediatrics Staff Nurse at New York Hospital in New York, NY (1950), Instructor at St. Joseph School of Nursing in San Francisco, CA  (1950 – 1952), U.S. Army Nurse Corps with assignments to Korea where she met the Maryknoll Sisters and served as a volunteer during her off-time at their Pusan Clinic (1952-1961), Germany with the Mobile Army Surgical training Unit – MASH, and Iran to help set up their Army Nurse Corps.

In 1955, she earned a Master’s Degree in Nursing from the Catholic University of America in Washington, D.C.; she also served as a member of the U.S. Army Nurse Corps during this time. From 1961-1963, Virginia joined the U.S. Agency for International Development (AID), to serve as Hospital Nursing Services Advisor in Managua, Nicaragua. While she was in Nicaragua, she also volunteered as a nurse with the Maryknoll Sisters for a few months in Siuna.

In 1968, Sister Virginia was assigned to Vietnam where she was appointed Field Director of a Medical Team designed to work with Vietnamese counterparts in provincial hospitals. After two years, she was then assigned to South America to work with the World Health Organization (WHO) in Peru, participating in emergency and relief organizations following the terrible earthquake in Huaraz which took approximately 50,000 lives. Her work with (WHO) also took her to Nicaragua where she organized a clinic in the outskirts of Managua.

In 1971, Sister Virginia returned to the Maryknoll Sisters Center, Maryknoll, NY to provide aid to the ill and elderly Sisters at the Congregations Nursing Home. In 1972, she was assigned to Appalachian Regional Hospital in Hazard, KY to serve as Head Nurse of the Extended Care Facility and Coordinator of the Hospital In-Service Education Program until 1978. She then served as Hospital Outreach Coordinator with the Ephraim McDowell Community Cancer Center in Hazard, KY until 1980.

Sister Virginia had a passion for caring for the ill and elderly, responding to the need in the Hazard, KY community she founded the “Hazard/Perry County Community Hospice, Inc.” in 1979.  The hospice program allowed families to be with their loved ones in the final stages of their life. Sister Virginia served as Director of the Hospice until 1992 when she retired.

In 2005, she returned to the Maryknoll Sisters Center, Maryknoll, NY.

Funeral Services: Due to the Coronavirus pandemic, funeral services will be scheduled for a date in the future when group gatherings are deemed safe. Sister Virginia’s family and our community remember her soul in prayer during this difficult time.

From 1953-1957, Sister Frances did Congregational Service at the Maryknoll Sisters Center, Maryknoll, NY while she continued her studies at Maryknoll Teachers College (located on the property of the Sisters Center). In 1957, she earned a Bachelor in Education Degree.

Sister Frances then began her teaching career at the Transfiguration Parish School in Chinatown, NYC from 1957-1966. She was then assigned to the Maryknoll High School in Punahou, Hawaii to teach Theology and engaged in student counseling. There, she also earned her Master’s Degree in Educational Counseling at the University of Hawaii in 1973. From 1972-1979, she remained at Maryknoll High school to serve as Guidance Director/Counselor and continued teaching Theology.

In 1979, Frances moved to Waimanalo, HI where she worked in a program focused on traditional Hawaiian culture and values for four years.

In 1982, she returned to Berkley, MI to engage in family ministry, caring for her elderly parents. During this time, she also worked at Marian High School in Birmington, MI as a Guidance Counselor until 1991.

Funeral Services: Due to the Coronavirus pandemic, funeral services will be scheduled for a date in the future when group gatherings are deemed safe. Sister Frances’s family and our community remember her spirit in prayer during this difficult time. 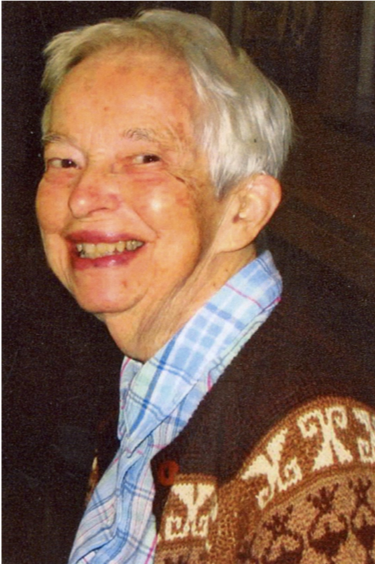 Patricia was born in Erie, Pennsylvania on May 6th, 1924 to Minnie Mae (Bartels) Noble and Edward Franklin Noble. She had one brother, Edward who has predeceased her.

Patricia attended Millcreek High School in Erie, PA from 1938-1942. Following her high school graduation, she attended college at the University of Pittsburgh, Pittsburgh, PA from 1942 – 1944. She then transferred to Villa Maria College, Erie, PA where she earned a Bachelor of Arts Degree in English in 1945.

In 1956, Sister Patricia relocated to the Philippines where she taught English at Maryknoll College in Quezon City for four years. In 1960, she returned to the United States to further her education and study at St. Louis University, St. Louis, MO. There, she earned a Master’s Degree in English and Philosophy in 1962. She returned to the Philippines after earning her Degree to teach English and History in various different schools until 1964.

In 1988, Sister Patricia retired to the Maryknoll Sisters residence in Monrovia, CA, but still remained an active volunteer. From 1989-2003, she assisted in the setup of the Library of the Peace and Justice Center of Southern California in Los Angeles. From 2001-2006, she worked as a volunteer at the Los Angeles Arboretum: one year as an assistant in the Arboretum Library and six years as assistant in the herb garden. From 1988 – 2006, Sister Patricia was in charge of the two libraries at the Maryknoll Sisters residence in Monrovia

In 2006, Sister Patricia returned to the Maryknoll Sisters Center, Maryknoll, NY to work in the Sisters Photo Library.

Funeral Services: Due to the Coronavirus pandemic, funeral services will be scheduled for a date in the future when group gatherings are deemed safe. Sister Patricia’s family and our community remember her soul in prayer during this difficult time. Rose Christopher was born in Brooklyn, NY on May 3rd, 1930 to Elizabeth (Quinn) McKeegan and Joseph McKeegan. She had three brothers: John, Daniel and Joseph and one sister: Elizabeth Ann. She is survived by her sister.

In 1959 after earning her Degree, Sister Rose Christopher received her first overseas mission assignment to the Bolivia – Peru Region. She studied the Spanish language in Cochabamba, Bolivia for one year and was then assigned to teach in a high school in Riberalta, Bolivia.  In 1964, Sister Rose Christopher returned to Cochabamba to work at the Maryknoll High School, there she was in charge of the sports program and taught shorthand and English.

From 1972-1976, she was elected as Regional Governing Board Area Coordinator for Cochabamba as well as Regional Bookkeeper

In 1965, Sister Rose Christopher began a new venture, initiating the Girl Scouts Program for the first time ever in Cochabamba! From 1973-1980, she served as President of the Girl Scouts. She was honored for her services and received the

Gold Medal Award by the Girl Scouts for “Outstanding Service to Bolivian Youth” in 1992.

She then returned to the Maryknoll Sisters Center, Maryknoll NY for a brief period to engage in Congregational Services from 1980-1982. However, at the end of that year she returned to Cochabamba, Bolivia to resume teaching at Maryknoll High School and served as Coordinator of Religious Education in both the grade school and high school. She also continued working with the Girl Scouts Program until 1999.

From 1999-2014, Sister Rose Christopher remained in Cochabamba as a member of the Santa Ana Parish.  There, she served as Principal of Santa Ana de Cala Cala School and served as Administrator of Dispensaria (the Parish clinic). In 2016, she returned to the Maryknoll Sisters Center, Maryknoll, NY to retire.

Funeral Services will be scheduled for a date in the future when group gatherings are deemed safe, due to the Coronavirus pandemic. Sister Rose Christopher’s family and our community remember her soul in prayer during this difficult time. Maryknoll, NY: Sister Madeleine Giusto, M.M. died on March 30th, 2020 at Phelps Memorial Hospital in Sleepy Hollow, NY. She was 79 years old and had been a Maryknoll Sister for 51 years.

Madeleine was born on May 27th, 1940 in Chicago, Illinois to Margaret (Pinscak) Giusto and Thomas Giusto. She had three brothers and four sisters. She is survived by her brother Donald Giusto and her sisters, Diane Winans and Jacqueline Maslow.

From 1954-1958, Madeleine attended high school at St. Louis Academy in Chicago, IL. Following graduation, she enrolled in Roseland Community Hospital School for Nurses in Chicago, IL. In 1961, she earned her Registered Nurse Diploma and worked at the Hospital School until 1962.  She then moved to Reno, NV and worked at the Washoe Medical Center until 1968.

On September 7th, 1968 Madeleine entered the Maryknoll Sisters Novitiate in St. Louis, MO (from St. Thomas Parish, Reno, NV).  She received her first overseas mission assignment to South Korea during her second year of Formation as a Maryknoll Sister. While in South Korea, she made her First Profession of Vows on July 16th, 1971 as well as her Final Profession of Vows on July 27th, 1975. Sister Madeleine’s first mission assignment in South Korea was in Jeung Pyong, there she served as a clinic nurse and ministered to the poor/sick. She also acted as interpreter and English conversation teacher.

In 1972, Sister Madeleine returned to the Maryknoll Sisters Center, Maryknoll, NY. She served as Staff Nurse at Bethany House (the Maryknoll Sisters Nursing Home at the time) from 1973 – 1974. In 1975, she returned to Seoul, South Korea to resume her studies of the Korean language. While she was studying, she also worked as a Public Health Nurse at Samyul in Kyung Saang, Puk Do and served as a member of a Community Health Team until 1978.  That same year, she moved to So Rok Do to care for patients with Hansen Disease until 1984. She then returned to the Maryknoll Sisters Center, Maryknoll, NY to serve another term as Staff Nurse in the Sisters Nursing Home. In February of that year, she once again returned to Kwangju, South Korea where she was involved in a student ministry until 1988.

On February 1st, 1997 Sister Madeleine returned to Kwangju, South Korea for the final time to serve as a visiting nurse until 2000. She also taught English classes to university students and did volunteer work at St. John of God Clinic and Hospice Program.

In 2001, she returned to the Sisters Center where she engaged in Congregational Support Services and in the Outpatient Clinic until 2002. She was then appointed as Hospitality Coordinator of the Maryknoll Sisters Mission Institute.

Sister Madeleine retired in 2004 at the Maryknoll Sisters House in Monrovia, CA, but still remained an active volunteer. She became involved in several different volunteer projects: working with the Blind community in Los Angeles; participating in community service in the Monrovia Civic Communities; and working at Santa Anita Family Service Center.

On December 1st, 2015 she returned to the Maryknoll Sisters Center, Maryknoll, NY where she joined the Chi Rho Community of semi-retired Sisters.

Funeral Services: Due to the Coronavirus pandemic, funeral services will be scheduled for a date in the future when group gatherings are deemed safe. Sister Madeleine’s family and our community remember her soul in prayer during this difficult time.