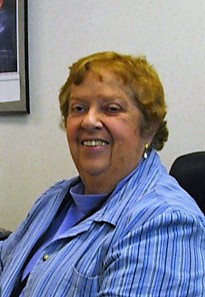 Maryknoll, NY: Sister Mary Lee Englerth, M.M. died on May 31st, 2020 at the WellSpan Hospital in York, PA. She was 83 years old and had been a Maryknoll Sister for 46 years.

Mary Lee was born on February 4th, 1937 in Harrisburg, PA to Winifred C. (Gillen) Englerth and Charles L. Englerth; she was an only child.

In 1954, she graduated from Bishop McDevitt High School in Harrisburg, PA and immediately entered the Sister Servants of the Immaculate Heart of Mary in Immaculata, PA. Sister Mary Lee then attended the Philadelphia Conservatory of Music during the summers from 1957 – 1961 and Immaculata College from 1963 – 1968, earning a Bachelor of Arts Degree in Music. She also spent a few months on mission in Peru in 1962.

On June 8th 1975, she made her Final Vows at the Maryknoll Sisters Center and was then assigned to Peru. She served at the San Miguel Parish, Ilave, in the Juli Prelature working as a member of the pastoral team. They ventured to rural communities to promote health education; high school sacramental preparation and worked with local women’s groups.

In 1979, Sister Mary Lee returned to St. Louis, MO and enrolled at St. Louis University to become a Physician’s Assistant. She earned her certification in 1981 and returned to Peru to serve as a Health Coordinator in the Juli Prelature. There, she taught health courses and trained several healthcare workers until 1987, when she returned to the U.S. to care for her elderly mother in PA.  She was appointed as Center Administrator at the Maryknoll Sisters Center, Maryknoll, NY from 1989-1991.

Sister Mary Lee then returned to PA and became a member of the Maryknoll Sisters Eastern Region in 1998. During this time, she also become Director of the State Migrant Program, served as a Member of the Migrant Clinicians Network and worked as Coordinator of the Keystone Health Center for Migrant Care programs and Clinical Quality Control Programs until 2003.

In 2003, Sister Mary Lee was assigned to the rural mountain area of Guatemala, there she did primary care and trained healthcare workers in the parishes of Concepción and Sipacapa.

In 2007, Sister Mary Lee returned to the U.S. to serve on the Maryknoll Sisters Eastern U.S. Region Team at the Keystone Center once again. She served the migrant workers in 32 counties of Western Pennsylvania until her retirement in 2019.

Sister Mary Lee’s work was recognized and deeply appreciated among the migrant community.  In 2018, she was presented with the Living the Dream Award, given annually to a person who best exemplifies the ideals of the Rev. Martin Luther King Jr.!

Funeral Services: She will be buried at the Maryknoll Sisters Center. Due to the Coronavirus pandemic, funeral services will be scheduled for a date in the future when group gatherings are deemed safe. Sister Mary Lee’s family and our community remember her soul in prayer during this difficult time.